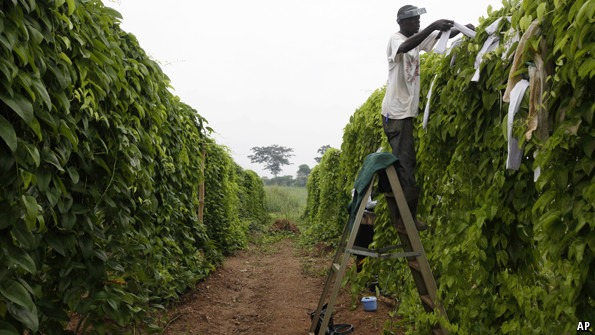 ON SATURDAY, April 5th, South Africa was Africa’s largest economy. The IMF put its GDP at $354 billion last year, well ahead of its closest rival for the crown, Nigeria. By Sunday afternoon that had changed. Nigeria’s statistician-general announced that his country’s GDP for 2013 had been revised from 42.4 trillion naira to 80.2 trillion naira ($509 billion). The estimated income of the average Nigerian went from less than $1,500 a year to $2,688 in a trice. How can an economy grow by almost 90% overnight?

Read the full story on the The Economist’s website by clicking here.